Hope in a Mad World

When Jesus was speaking about the end times to the disciples he said this, “Truly I tell you, this generation will not pass away until all things have taken place.”

As people of faith we like to believe that there is complete correlation between what Jesus says and what will happen but this statement is a difficult one, “this generation will not pass away until all things have taken place.” 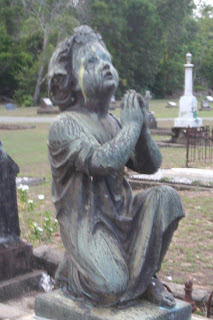 What are things which Jesus is talking about:

“There will be signs in the sun, the moon, and the stars, and on the earth distress among nations confused by the roaring of the sea and the waves. People will faint from fear and foreboding of what is coming upon the world, for the powers of the heavens will be shaken. Then they will see “the Son of Man coming in a cloud” with power and great glory. Now when these things begin to take place, stand up and raise your heads, because your redemption is drawing near.”

The very first followers of Jesus believed that the end times were about to happen, that no sooner than Jesus had ascended into heaven that he would be back. As the days slowly dragged by and then months and then years and then the generations the followers of Jesus were presented with a difficult conundrum.

Jesus had said that these things would occur before this generation had passed away but once that generation had gone how were they and we to understand the idea of the end times and the promise of the coming of the Son of Man. Was Jesus not able to prophecy correctly in this matter? Was he giving false hope?

I will return to these questions in a moment.

Today is the first Sunday of Advent; it is the beginning of the cycle of seasons and accompanying readings still used by most Christians around the world. In Advent we are reminder of what we are, a people waiting for the Advent of our God, which means the coming of our God.

So let me return to those questions about what Jesus might have been saying when he declared that, “this generation will not pass away until all things have taken place.”

I want to preface what I am about to say by affirming my belief that there is time that lies in our future in which God will fulfil the promise God has made to renew all things, a time when Jesus will come again and will dwell among us.

Having said this I also want to remind you that Jesus promise was to send the Holy Spirit upon his followers, and the world, and that Jesus would be made present to us and us to him during our lives. We may not physically see Jesus here this morning embodied as a person but we believe that through the power of the Holy Spirit Jesus is here with us, meeting us in this time and space.

It is for this reason I would say whilst there is a future in which Jesus is coming again and we place our hope in this time of renewal there is also timelessness about Jesus coming and the signs which surround it.

If we were to travel back in time to the historical moment in which Luke lived there is no doubt that the early Christians would have been feeling that they were seeing the signs of the times – the turmoil and suffering. Most Biblical scholars situate the writing of Luke’s gospel after the destruction of the temple in Jerusalem in the year 70 – almost 40 years after Jesus ascension, and certainly more than a generation.

The early Christians would have seen the turmoil of the persecution under Nero and the sacking of the Temple by the Romans in Jerusalem. The world for them was in turmoil. These words of Jesus recorded in Luke would have been an indicator of the promise and hope of their faith – Jesus was going to return and that in the end all things would be well.

It may not have been that end times came in all its power but for many of those people they experienced early the horrors of the end times. Yet in the midst of these horrors the people clung to their hope of Jesus presence with them and of his return.

Throughout the nearly 2000 years that have passed since Luke wrote his gospel the end times have been with us through history and we have seen horrors and distress and foreboding aplenty.

No less is true in our time. For we who live in Australia we may be currently immune to much of the great suffering that is occurring in our world at the moment but no less should we be confronted by the signs of the times around us.

This week there are countries still in stages of conflict whether on unstable peace exists or that fragile peace has been compromised with one another or internally: Afghanistan, North and South Korea, Israel and Palestine and the surrounding countries.

Extreme poverty still claims the lives of millions of children, whilst our country puts children fleeing persecution, poverty and conflicts in detention.

We continue to hear of we listen carefully that the changing of our climate and our human participation in that change is hurtling humanity towards as yet not fully known horrors. The permafrost is melting earlier than we expected, the World Bank has declared if we continue on the path we are headed extreme poverty will not end but get far worse. In Qatar an African delegate declared: ““My ancestral lands are going to go through a 4 - 5 degree increase even if the world stays at 2 degrees... Grass stops growing at 38 degrees and our livestock will die. So whatever we have managed to preserve through genocide and colonisalition, we are going to lose through climate change. ...As an Indigenous person when I lose my land, I lose my culture.”

Every moment in which we live people are encountering the horror and confusing of the end times. Some of them are Christians, some do not know Christ, yet they are all loved children of God.

It is in the context of the suffering and the confusing we look beyond our own capacities as human beings and at the God who raised Jesus from dead and so declared that endings we see and experience are not and will not be the final word.

This is our hope as Christians and when we pray on earth as it is in heaven we long for that hope to be made real now and to come in all its fullness. There can be no doubt that we might feel frustrated at the enormity of the suffering that confronts us an so echo Bono’s words from his song Peace on earth:

Jesus said, “Truly I tell you, this generation will not pass away until all things have taken place.” Surely, in our life time we are seeing the things of which Jesus spoke occurring distress, confusion, foreboding – our current experience as Australians of one of the best living standards in the world should not blind us to these realities and as follows of Christ in looking up for that salvation to draw near we are drawn into that mission and ministry of God in Christ which is about the defeat of death and the promise of new life.

We are an Advent people, called to live expectantly and so to live expressing our hope for God’s future by living as if it is already here, not dictated to by our present sufferings but informed by the vision of what God has in store for all things.

May you be strengthened by his love this day and hear his voice which draws us into a future already here but yet to come.