Where is the child? 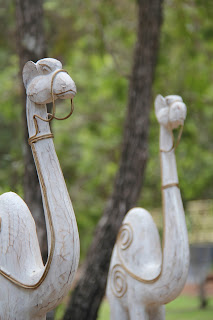 “Where is the child who has been born king of the Jews?”

The story of our faith is one which comes from another time and place and sounds strange to ears and looks odd even to our eyes, let alone those who do not know these stories of the scriptures.

Astrologers from the East, possible Zoroastrians, follow a star that they have seen rising and come seeking a new king. The presence of these learned men of another religion and worldview in the story of the birth of Jesus should not be underrated.

Guided by the star they come and offer homage to Jesus, driven by a purpose and meaning that is beyond our comprehension, God includes them in the story of salvation. They are an affirmation of the child Jesus’ identity as God’s anointed one, the coming king.

Their presence: the presence of these foreign, probably even considered pagan wise men also affirms that the limits of God’s actions and activity is beyond any limits we might want to construct ourselves. God uses outsiders to affirm Jesus presence as God’s ultimate insider in the world. This is good news for all peoples everywhere – God’s love transcends the boundaries even of our faith.

The strangeness of the story, the clash cultures between the wise men and Herod, are for me a confronting reminder of the current clash of cultures in which we find ourselves as a Christian community and raise that very question of how God’s light might be continually shone into this dark world.

Too easily we can think only to the limits of what we know and how we have boxed our God and God’s activity in the world. Too easily can we assume that the world around us is, well, just like us!

But the evidence is ever before us that the world is in a state of flux. Beliefs and understandings are like the shifting sands, even within the Christian community.

Let me share an example. During the week after Christmas a colleague posted the following message on the Bremer Brisbane Facebook page:

Had an interesting experience at our Christmas Day Churches Working Together lunch. Organised a few carols and a Car Park Parables Christmas video! All the kids ignored almost the whole lot until we got to "We wish you a merry Christmas" which they sang with gusto. The rest, like "Away in a manger" were completely foreign to them. It's certainly got me thinking about how we might present the Christmas story next year. Any suggestions?

The world around us has moved on from the stories and songs that many of us hold dear. Little kids often don’t know the song “Away in a Manger” or “Jesus loves me”. Many don’t know the hope of holding a belief in God, or knowing the joy of a life lived in the Spirit, or the feeling of love from a giving and forgiving son who lived among us.

The stories of our life and faith are not owned by those around us and more often than any of us would like to admit are ridiculed and disparaged. We speak of Jesus as the light of the world and we hear the promise of John that the darkness did not overcome it, but in a culture in which our story has been relegated to the sidelines how do we understand our place sharing the light, telling people the good news of Jesus Christ.

This year we have challenged ourselves as a congregation with the theme “Living the Faith”. These are simple yet challenging words in the culture in which we find ourselves.

Despite our perceived security in all that we have known I feel as if we need to be prepared to be like the Magi – to risk a journey out into the world, following a star, paying homage to the Christ Child and offering our gifts in a foreign culture.

Yet, also to be prepared to welcome the Magi into our midst: welcoming people from different places, ethnically and spiritually, into our midst so that they too might experience the good news of Jesus Christ.

This two way movement takes us beyond the security blanket of the sentimentalised manger and into celebrating the risk taking adventure of God who lived among us as Jesus.

If we are to engage in these two way movement journeying out and welcoming then we no doubt will have some lessons to learn.

In setting out on their journey the Magi took the risk of cross boundaries. They travelled into another culture, into another land, into God’s presence. Will we be willing to make such journeys ourselves in the year to come?

When the Magi approached Herod, whom they assumed sat on the seat of power his response to their presence is fear. The good news of Jesus presence in the world does not always sound as good news to all. Jesus questions those with privilege and authority and so can invoke a fear.

We should not be naive and think that just because we have encountered Jesus as good news all people will understand God’s love just as we do and receive it and us with open arms.

In their encounter with Mary & Joseph & the child Jesus the Magi were overcome with joy and offered their treasures in homage to Jesus.

As people seeking also to encounter Jesus presence in the world around us and here let us also prepare our hearts for joy. I think sometimes we Protestants have become a little too controlled in our emotions and some even have a reputation as Christians for being dour. But when the Magi encounter Jesus there is joy – let us be prepared to be overwhelmed by that same joy and so share our encounters with God as good news.

“Where is the child who has been born king of the Jews?”

A strange question indeed but a question within a story which leads us to the good news of God’s presence in the world affirmed by strangers and celebrated by angels. Let us embrace this strange story we are part of and pray for help to find words of life and hope which share the light of God’s love in this strange world in which we live.