Christmas Eve: You shall go out with joy!

The shepherds returned, glorifying and praising God
for all they had heard and seen, as it had been told them.

They went out with joy.  And this evening it would be my prayer that you too will go out with joy!

The same kind of joy experienced by the shepherds, the joy of encountering God!

This is not something I can actually give you, it is God’s business, but is my prayer that as you hear the story again you might have such an encounter.

Yet as we think about our theme this evening “You shall go out with joy” I want to dig a little deeper into the story of these shepherds and speculate about our own encounter with God.

In the ancient world shepherds were working boys and men and the job was filled with its dangers and hardships.  Out on that hillside so long ago the shepherds had a responsibility to protect the sheep from whatever might come along: wolves, lions, thieves, storms and so on.  They had to stay awake and keep their woolen charges safe.

It was their job and they did it day in day out, night after night, year after year. 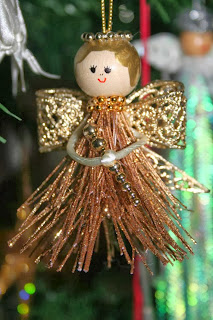 The interruption of the angels into their existence and their journey to see a child in a manger only gives us a glimpse of their lives.  We only hear about these mere few hours, we do not even know their names.  They remain anonymous to us.

Yet they are given the privilege of an encounter with the divine after which they go out with joy “glorifying and praising God for all they had heard and seen, as had been told them.”

The shepherds returned to their flocks on this spiritual high.  Did they really fully understand who this baby was?  Could they fully comprehend their encounter with the angels?  What was to happen next for them?

Well the reality is they still had sheep to care for the next day, and the day after that and the day after that and so on.  I have little doubt that their encounter with angels and the baby Jesus change them but life goes on.  And, in all likelihood by the time Jesus grew to be a man and taught and shared the good news and died and was raised from the dead these shepherds would have already died.

They never followed Jesus.  At best they had an inkling that they had seen the Messiah. Yet afterwards they lived out their days working the field as Jewish shepherds in an occupied country.

The mystery of the way in which the shepherds encounter God and go out with joy I believe can give us a context by which we live after our encounter or encounters with God.

For like the shepherds we go about the world in our daily tasks: we face the dangers and drudgeries of this earthly existence, we wonder what life is about as we see the difficulties of the world around us.  But, we too like the shepherds can be blessed as we encounter God.

This is God’s gift to us, moments of divine connectedness, moments when simply hearing an ancient story about an unusual birth in a manger we glimpse God’s presence coming into our lives and into our world.

I suspect in all of the ways that we seek to fabricate joy at Christmas we are revealing a deeper yearning for an encounter with that divine joy.

We hang lights on our houses, we sing carols, we erect trees and give presents, and we share in meals and times of family gathering together.  We long for joy but as we know as happy as these things might make us they do not plug us in to any kind of divine experience and often, sadly, as we go on in our celebrating countless millions suffer.

The encounter of the shepherds with God may have been momentary, but all these hundreds and thousands of years later here we are listening to their story entwined in God’s story.

May you indeed have a holy and a joyous Christmas and may God bless you all!
Posted by PJtheoLogy at 07:23