Sent into the world

“After Jesus had spoken these words, he looked up to heaven and said.”

Our reading from the gospel of John this morning misses this vital verse from the 17th chapter which sets the words which we heard today in their context. These words are Jesus’ at prayer. They are Jesus entering into the intimacy of his relationship with God and through his words drawing the disciples into that relationship.

As he prays he affirms them in the truth of his words and actions as he has walked alongside them claiming a unique authority in his relationship with God: words of comfort for the disciples for whom the moment of confrontation was drawing near. Jesus’ prayer is his final prayer with them before they head out to the Kidron Valley to meet with Judas.

Jesus appeals to God for the sake of the disciples whom he declares were never his but given to him by God. The undercurrent of God at work in people’s lives is there, more palpable even than his teaching of John 15 “You did not choose me, I chose you” now Jesus recognises in this prayer that he had received the disciples as gifts from the one he called Father.

The mystery of God’s choosing lies beyond our understanding but the context and direction of the choosing of the disciples is clear – a share in Jesus ministry in the world.

Despite the looming spectre of his betrayal the disciples can hear the hope and promise in Jesus prayer “I speak these things in the world so that they may have my joy made complete in themselves.” To know Jesus and to hear his words are to share in his joy.

What confronting words of hope these are given Jesus is about to submit himself to betrayal, torture and death. What is Jesus joy? Is it knowing God and knowing the promise that God has in store that when he is raised up all will be raised with him? Is Jesus joy in the relationship he has with the disciples? Has not the joy of God’s promise of renewal and reconciliation been the whole content of his life as described in John’s gospel?

Sent into the world, the world that in John’s gospel appears to be organised in its opposition to God! Sent among his own people, but his own people failed to recognise him! Yet still he comes!

The word became flesh and lived among us!

He lived teaching of God’s love in word and action. He cast out demons. He healed the sick. He raised the dead. He restored community and renewed people’s lives. He questions worldly authorities, be they religious or political, and pointed people back to the world’s creator, the one whom he called Father.

Jesus' life is an expression of God’s concern for the world and all people, and despite ending in rejection and death, God’s love rises above the worst that the world can do when Jesus is raised from the dead.

This is why Jesus’ prayer is not a prayer to take the disciples out of the world but to send them into the world protected by God’s love and knowing God’s joy.

The disciples were to carry on Jesus ministry: proclaiming to a world that rejects God and God’s love that God stills cares about the world and its people.

The rejection of the disciples according to Jesus prayer was because the disciples actually recognised that they belonged to God, God was their origin and their destination. This was not to say that the world is not important or that the focus of the disciples attention was some ethereal other life. It was recognising where true authority lay, not in the half truths of the world but in the truth of God, Jesus himself.

Ultimately, Jesus presence in the world meant that the future of the world was intrinsically tied to his future, new life.

Jesus prayer is not, however, simply for those who were gathered him at the time. Jesus prayer transcends time as does Jesus himself in his resurrection.

If we were to read on Jesus also prays for those who will believe even though they have not seen and this means us.

The implications for us are profound. Drawn into Jesus life and ministry we too are sent into a hostile world.

Coming here on a Sunday is important, even vital to the expression and understanding of our faith, but the risk of coming here is that we might hear Jesus speaking to us and hear that like the disciples we are being sent our into a world that hates us week after week after week to share in his ministry.

To proclaim good news to the poor, to heal the sick, to free the oppressed!

Too often the church is hated for the wrong reasons, you only have to read any critique of the church to know this – to read Dawkins or Hitchens. Unfortunately, some of that hatred is well justified. 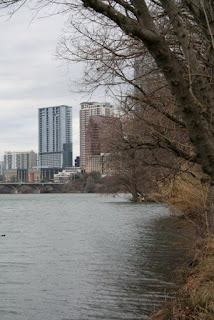 Yet we are called to go out into the world which has declared God is dead and has not risen, because God never was, and to share the good news not only that there is a God but that God lived among us.

It is easy to water down the message of our faith and turn it into a model for social work without holding onto the fundamental truth that our actions are a sign and witness to God’s love for the world and the future promise for all peoples. Maybe it is because we don’t want to be viewed as Bible bashers or crazy people that we so often hide our faith. Maybe it’s because we simply want to be liked.


For our joy to be complete involves an engagement with hearing the fullness of Jesus word to us and sharing that word with the world. When our actions disconnect from our proclamation we offer nothing to the world in terms of hope which is different to the next well meaning or good natured humanitarian. But when we ground our actions in Christ we point to a life beyond death, a hope which transcends the antagonism of the world to God and people towards each other.

When "Jesus looks up and says" - when Jesus prays - I believe we should sit up and listen for the God who is at work in him, speaks beyond that moment and into our own lives. Jesus draws us into his prayer and into his life which gives us joy and hope, and then sends us out to point not at our own actions but at what God has done, is doing and will do: reconciling all things to himself.