“They devour the widows’ houses...”


Jesus’ critique of the behaviour of the temple authorities of his time ran deep. A couple of days earlier Jesus had overturned the tables in the temple declaring that it had been made a den of robbers and thieves.

Now his comments are scathing of the temple leaders in their pomp and misunderstanding of who they are called to be.

So offensive is their behaviour that “They devour the widows’ houses...”

As if to underline his point Jesus sits opposite the treasury watching the crowd put their money in and who should appear but a widow.

This widow bearing her two small copper coins, all that she had to live on, gives to the point of impoverishment. 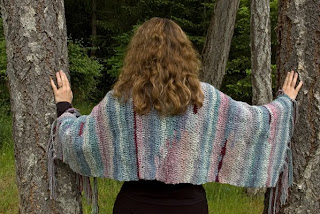 “They devour the widows’ houses...”

Reading between the lines you can almost hear Jesus declaring, “See what I mean!”

This poor widow has given beyond her means and whilst through church history this widow’s giving has at times been held up as an example, Jesus’ attitude appears more one of sorrow and despair.

How has the system gone so wrong?

In Deuteronomy 10 Israel was reminded:

For the Lord your God is God of gods and Lord of lords, the great God, mighty and awesome, who is not partial and takes no bribe, 18who executes justice for the orphan and the widow, and who loves the strangers, providing them with food and clothing. 19You shall also love the stranger, for you were strangers in the land of Egypt.

The prophet’s thunder against Israel’s failure in this matter; for example as Isaiah declares:

Your princes are rebels
and companions of thieves.
Everyone loves a bribe
and runs after gifts.
They do not defend the orphan,
and the widow’s cause does not come before them.

As if to further underscore the futility of the widow’s giving the next story in the scriptures sees the disciples get excited at the large stones and buildings which Jesus tells them will be thrown down.

By Jesus’ pointing out the widow I do not believe he is celebrating her giving rather he is emphasising that the Temple authorities, and then Israelites at large, had completely missed the point of being God’s people.

The giving was in the wrong direction. It was not the widow who needed to give to the Temple as if somehow this would validate her relationship with God. No: the Temple had a responsibility to the widow as one for whom God had specific concern.
His challenge here ties directly to the point made by the scribe in verse 33 that loving God and neighbour is central and “much more important than all whole burnt offerings and sacrifices.”

The size of the gift, the enormity of the sacrifice, the amount of our offering does not buy relationship with God, for this comes to us freely as a gift.

The good news declared so poignantly in Hebrews 9 is that Jesus “has appeared once for all at the end of the age to remove sin by the sacrifice of himself.”

God has given to us the gift of Jesus freely, unconditionally. It is a gift that continually surprises us with God’s generosity. As we tear away the ribbon and paper we find the gift of life itself; we find eternal life, life in all its fullness; life shared with God and with others. This is what we receive each day and each moment of our lives and God’s challenge to us is that all should share in this joyful gift of life.

Which brings us to the question of our stewardship; what do we give in response to the generous gift that we have received? How does how we live our lives? How do we exist in mission as a congregation? Are we simply developing mini temple systems in our congregations or is what we are do life giving and life sharing, not just with ourselves but the community in which we give our witness.