Really, Jesus said he came to bring fire and division.  I have to admit that this is one of those passages which are kind of uncomfortable.  A few months back I preached about God’s peace and this statement of Jesus on face value seems to be in direct conflict with what Is aid back then.

Is this what God’s will was in sending Jesus into the world?  Is it what we see at the heart of Jesus ministry?  If we read back a little further in Luke’s gospel these words do come at the end of a series of parables which do speak of judgement and the timing of the coming of God’s reign.

Despite this I do not believe that division is the end game for God or for Jesus for that matter.  So to make sense of Jesus words we need to take a look at the bigger picture, at least in shorthand. 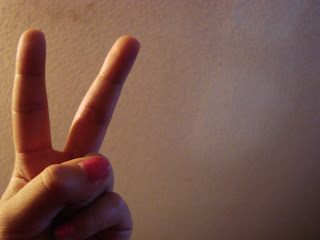 If we look at the whole of Luke’s gospel we can find a few clues.  At the beginning of his account of Jesus’ life Luke records a story about shepherds and angels.  At the time of Jesus’ birth the angels sing of “Peace on earth and goodwill on earth”.

Flipping through the gospel we find Jesus engaged in healing and restoring people to community.

Then after his resurrection when Jesus appears to his disciples and declares “Peace be with you!”

So from the beginning of Luke there is a declaration of God’s peace that was coming with Jesus by the angels whilst at the end of the gospel Jesus himself declares God’s peace to the disciples.

This peace is a pretty big concept for the Jewish people of the time and many of you would know the Jewish word for peace which is ‘shalom’.

God’s shalom, the ‘shalom’ declared by Jesus, was about an end to the division that lay between God and people and so was also about the end of division between people.  When we share the peace, God’s shalom, in church it is this reality we are meant to be remembering and encountering.

This brings me back to what Jesus may have been up to when he said:

Do you think that I have come to bring peace to the earth? No, I tell you, but rather division!

I suspect what Jesus is doing is naming the reality that was occurring around him.  His presence in the world, God’s presence, was unsettling and the prophecies surrounding the coming of the Messiah emphasised it would be a time of disruption and division.  It was to be a time of upheaval.

By Jesus connecting his words about fire and division with the issue of reading the signs of the times Jesus is trying to drawn attention to the reality of the unrest that was caused by his presence.  He appears to be saying, “Now is the time of the coming of the Messiah and I am he!”

The end goal of God’s presence in the world in Jesus in not in the moments of division but in what the angels sang and what Jesus declared after his resurrection: Shalom!  Though he says he did not come to bring peace in the moment of his lifetime, the fulfilment of God’s promise in him is peace.

So it is that mingled within these words of Jesus he also speaks of his baptism to come.  This is clearly an allusion to his suffering and death.  The division that humanity constantly pursues in its relationship with God is ultimately played out as people hang God on a cross.  Paradoxically it is in this very act of violence that God pursues in love those who condemn God and provide for all people a reconciled relationship which is the way God establishes peace.

This is a vital story for us to hear in its fullness not just in isolation because it brings us to a place of better understanding of the verse we read today and points us forwards in how we are to behave as Christian people.

Sadly passages like this are easily abused.  During the week I heard the story of a Uni student who’s Pastor appears to be exerting unhealthy influence over.  The student is not fulfilling his study requirements because his Pastor is pressuring him to do more ‘Christian’ activities for the church and even more disturbingly the student is lying to his family about his involvement in the church.

Read out of context the passage can be manipulated to suggest Jesus affirms family breakdown and the disruption of relationships between children and their parents.

Jesus is not affirming nor encouraging the division but naming the reality that was occurring around him.

We should not use Jesus words here to excuse poor behaviours toward one another in our families, our congregation, or across the universal church.  Yes, we may hear in Jesus words a statement of human fallibility and tendency to reject God but this is not God’s aim or will in Jesus presence in the world.

This leads me to make a further comment about the timing of Jesus coming.  I have this coffee mug which was given to me as a gift.  It has a picture of Jesus on it with the words, “Look busy, Jesus is coming.”

When Jesus was speaking about the signs of the time he was connecting what was happening 2000 years ago to his coming as the Messiah but there is constancy to these words as well.

Over the history of the church we have grown to understand that Jesus is present with us through the power of the Holy Spirit.  In Matthew’s gospel Jesus says that where two or three are gathered ‘I am there’.

The Uniting Church in its Basis of Union expresses the belief that Jesus is present when the Word is proclaimed.

We too can read the signs around us. Jesus is coming into the world, Jesus is always coming!  In his coming there may be an experience of fire and division but we remember that God’s peace is really the ultimate goal.

This is why Paul writing to the Hebrews encourages them with the words;

Therefore, since we are surrounded by so great a cloud of witnesses, let us also lay aside every weight and the sin that clings so closely, and let us run with perseverance the race that is set before us, looking to Jesus the pioneer and perfecter of our faith.

As God’s people in this place we may experience the division borne of our human fallibility but as people renewed by the Holy Spirit we can also seek to run that race as people who seek to build bridges of hope and love in what we say and do.

During the week I read a good reflection by Stu Cameron the minister at New Life Uniting Church.  He reflected on the importance of honouring one another as Christians.

Our honouring one another is one way of running the race and clinging to Christ rather than our sin.  It is a simply thing to say but a much more difficult thing to do.

In our acts of thanksgiving towards one another, as we honour each person, we help create a community of God’s peace which whilst not perfect pursues with ardour a faithful witness to God’s love.

The good news is that Jesus is the purifying fire and the division caused by his presence is also healed by his presence.  Let us hold fast to this message and live as people of God’s shalom, receiving gratefully forgiveness when we fall short and celebrating God’s grace when God’s love is seen, heard and experiences in our midst.
Posted by PJtheoLogy at 15:54